RELIGIOUS MINORITIES OF UKRAINE AND RELATIONS BETWEEN STATE AND RELIGION: ANALYTICAL NOTE BASED ON THE RESULTS OF SOCIOLOGICAL RESEARCH 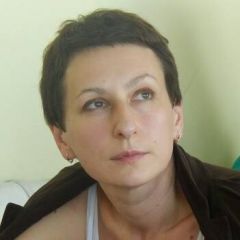 Religious minorities, as full participants in the religious field of Ukraine, maintain and build ties and interaction in modern civil society to strengthen their position and positive prospects for development. These ties and interaction can be constructive – support for government programs, national ideas, social service, inter-religious, inter-cultural, inter-ethnic dialogue in the process of building civil society, participation in the development and implementation of measures to solve global problems, promote public morals and individual morality, etc. But they can also be destructive – self-isolation, immersion in the world of own existence and indifference to social processes, intolerance, aggression and hostility against people of other faiths, anti-state, anti-social, anti-Ukrainian activities, etc. According to the nature of the established ties and interactions, there will be social consequences. What will be the last, it remains to be seen. But there is no doubt that the nature of this type of relations will directly depend on the legal provision of freedom of conscience and religious freedom in general and the freedom of religious minorities in particular and the positive image of religious minorities in public opinion.

Unfortunately, the existence of the democratic law “On Freedom of Conscience and Religious Organizations” is not always ensured by an appropriate mechanism for its implementation, which leads to delays in community registration, permission to build houses of worship or return those once belonged to religious minorities, to the arbitrariness of local power structures that do not always comply with existing legislation, sometimes demonstrate legal ignorance in the field of state and church relations, religious freedom, etc., which was confirmed by the results of sociological research.

Modern Ukrainian civil society has a public need for renewed and deepened legal, philosophical, ethical, political, religious, cultural, sociological and even secure understanding of the new principles of interaction between the state and religious organizations, especially religious minorities. Implementation of all principles of state and religious relations, mutual information, constant dialogue will contribute to the improvement of these relations as a cooperative (partnership) model of relations in the context of pluralization and democratization of religious life.

The following text will be sent to our editors: